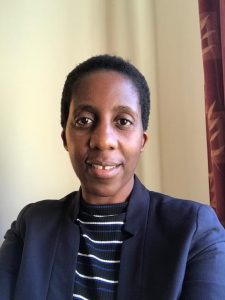 The most recent estimate of pharmaceutical waste in England has put it at about £300 million per year. This is from a report published by the York Health Economic consortium in 2010. This estimate was based on telephone survey conducted throughout England in 2009, where participants were asked about medicines they had in the house that they were not intending to take. This was done alongside an audit of patient returned waste in pharmacies in London, the North West, West Midlands and Yorkshire and Humber.

The York Report concluded that £1 out of every £25 or 0.3% of the NHS funding would end up as pharmaceutical waste.

NHS prescribing in the community has increased by about £1 billion pounds in the period from 2013 to 2017, according to a document produced by The King’s Fund in 2018. It has not been established if the waste produced in the period 2010 to 2018 is still at 0.3% when prescription volume has gone up by this much.

I would like to explore the quantities of medicines returned as patient waste in Lloyds pharmacy stores that are in Teesside to determine the types pharmaceutical waste that are returned for disposal.  I am aware that that the primary care prescribing budget has also increased over this time and that prescribing patterns vary over different localities.

The aim of collecting this data is to explore the possibility of tailoring counselling for groups of patients where there are high levels of patient returns. It would also be important to explore possible reasons lying behind ordering and collecting medicines on a regular basis and then having these medicines finding their way into pharmaceutical waste. Both the York Report and the NHS Report in 2015 identified non-adherence as a contributing factor to pharmaceutical waste.

I believe it is important to look at the quantities of patient returned medicines, as well as the cost. The medicines might not be expensive in themselves but the labour involved in dispensing large quantities of medicines that might eventually end up as waste would be significant.

I intend to first to separate the drugs according to their pharmacological class. I would quantify the drugs using dispensing units and then use this to work out the cost of the returned drugs.