Home » About Us » Our Scientific Advisory Panel

The Scientific Advisory Panel was established to advise the Board of Trustees on the development of Pharmacy Research UK’s research grant giving strategy and policies. It also provides an independent review of proposals for research funding and makes recommendations to the Trustees for the allocation of research funds. 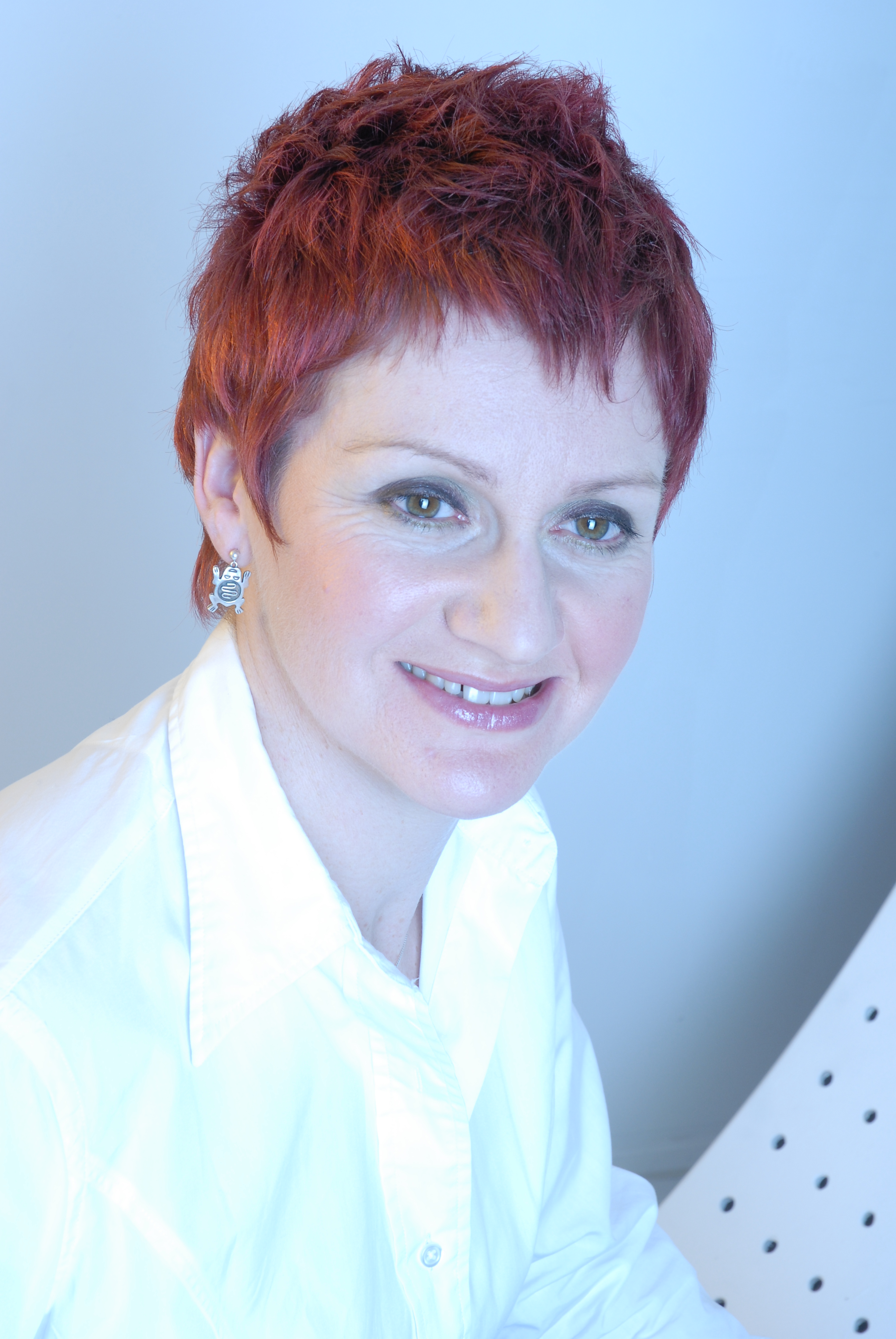 Rachel Elliott trained as an industrial pharmacist and was one of the first critical care specialist pharmacists in the UK, gaining a Department of Health funded PhD in health economics. Based at the University of Manchester’s School of Pharmacy, Rachel taught as a senior clinical lecturer from 1996 to 2007 before becoming Lord Trent Professor of Medicines and Health at the School of Pharmacy, University of Nottingham (2007-2016). In 2004, she won a Commonwealth Fund Harkness Fellowship to Harvard Medical School, working with Professor Stephen Soumerai. A member of the National Institute for Health and Care Excellence (NICE) Appraisal Committee, and an elected member of the Health Services Research Network (HSRN) Executive Board, Rachel’s research focus is the application of applied health economics and economic evaluation to medicines policy, prescribing and consumption. Specific themes are the economics of medicines adherence and safety, and the use of large administrative databases in investigating these themes. Her research has been published in leading journals including the BMJ, Lancet and New England Journal of Medicine and has supported the commissioning of evidence-based services in the NHS. Rachel combines clinical, industrial, academic and policy experience with excellence in undergraduate and postgraduate teaching and course design. She has particular expertise in health economics, pharmacy, medicines-related health policy, RCTs of complex interventions and evidence synthesis, and aims to provide an effective and informed interface between the academic health services research community, NHS primary and secondary care providers, policy-makers and research commissioners. 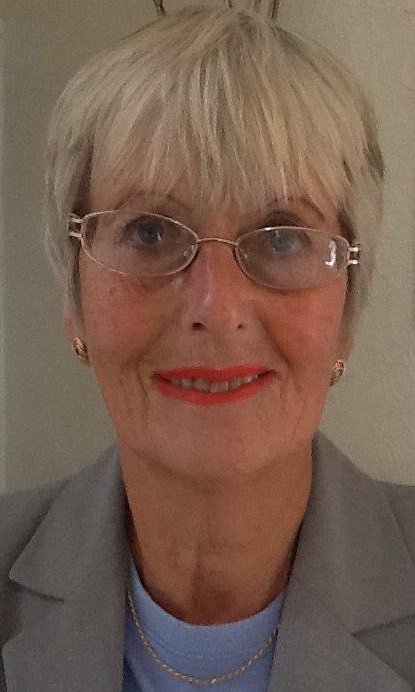 Sylvia D Bailey has a background in primary care management in Walsall and Birmingham, and served as a Non-Executive Director on the Walsall Manor Health Authority and Walsall Community Health Council. She has been a Lay Governor of a Black Country Partnership NHS Foundation Trust (Mental Health) and is a board member of Healthwatch Walsall. She has also co-ordinated the setup of patient focus groups with a keen interest in health care delivery and embracing diversity and equality.

Since retiring she has become Chair of her own practice’s patient group, and became a member of the Walsall Patient and Public Liaison Group (PPLG). She is involved with various health research reviewing panels including The School for Primary Care Research Funding Panel, the National Institute of Health Research (NIHR), and, as a cancer survivor herself, Cancer Research UK.

Through her experience of being a patient, Sylvia has seen the huge role that Pharmacy plays in any patient journey.  As part of the PRUK Scientific Advisory Panel she is looking forward to ensuring patient outcomes, patient benefit, and crucially that patient and public involvement are at the heart of the relevant research proposals. As a lay member of the panel she is eager to work collaboratively with the academic members of the panel to give a diverse perspective to the proposal reviews. 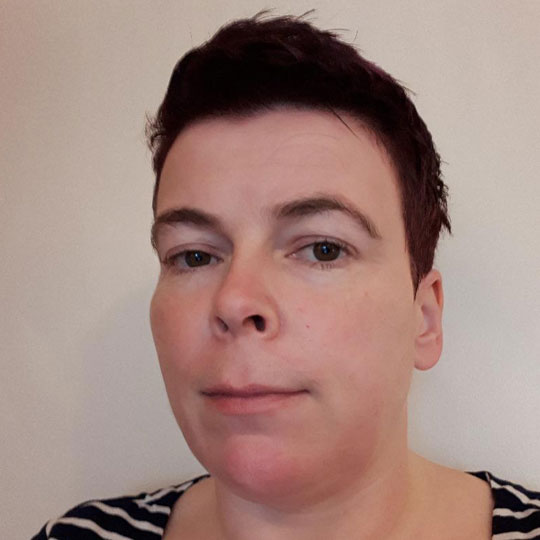 I am a parent of two school aged children and a frequent user of local pharmacy services for both advice about my families help and medicines. I was diagnosed with Crohn’s Disease 13 years ago and arthritis a few years later. I used to be a scientist and have worked at both Cancer Research UK and Cambridge University.

Due to long term illness I decided to become a stay at home parent but wanted to keep my mind active and maintain my interest in science so I became involved in health research. I have over seven years of patient involvement in research experience and am currently involved in over thirty medical projects or committees all over England and Wales. I have been involved in pharmacy research studies including one looking at the role of pharmacists in an urgent care setting.

I am a lay member on a number of grant funding panels including Research for Patient Benefit (RfPB), The NIHR Health Technology Assessment Panel, the All Wales Research Panel (AWRP) and also the RfPBB in Wales. My main interests are making sure that patients understand study information sheets, reviewing grant applications and helping academic researchers write clear grant applications or study proposals.

I see my role on the committee as providing PRUK with a patient perspective on pharmacy research and grant applications and am happy to advise any researchers on patient involvement in their studies. 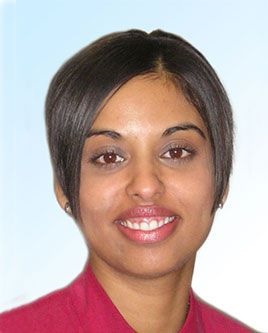 Debi is a Senior Lecturer in pharmacy practice at the University of East Anglia.  Her research expertise is the use of health psychology theory to inform behaviour change.  She has a track record of applying theory to guide intervention development and implementation, however, her main research interests are medication adherence and health literacy.  She teaches advanced consultation skills on the UEA pharmacist diploma and non-medical prescribing programmes.  As a GP practice based pharmacist, Debi also teaches clinical pharmacy on the MPharm programme. Debi is the director of the pharmacist non-medical prescribing programme at UEA and is also the research lead for the medicines management team. She is an editorial board member of the journal ‘Patient Preference and Adherence’.  In her spare time Debi is the chair of the Eastern region of the RPS and works as a practice based pharmacist.

Professor of the Practice of Pharmacy, University of Bradford

Alison is a health services researcher and registered pharmacist, currently Professor of the Practice of Pharmacy at University of Bradford’s School of Pharmacy. She was Founder Director of the NHS Centre for Pharmacy Postgraduate Education for England prior to joining Keele University’s Medicines Management unit where she was awarded a Personal Chair in 1999.

Her research interests focus on improving medicines management through practice and policy development. She has investigated the implementation and effectiveness of community pharmacy services and evaluated new models of care including non-medical prescribing by nurses and pharmacists. She is currently researching medicines management at transitions of care, working with a multi-disciplinary team of academics, clinicians and patients. 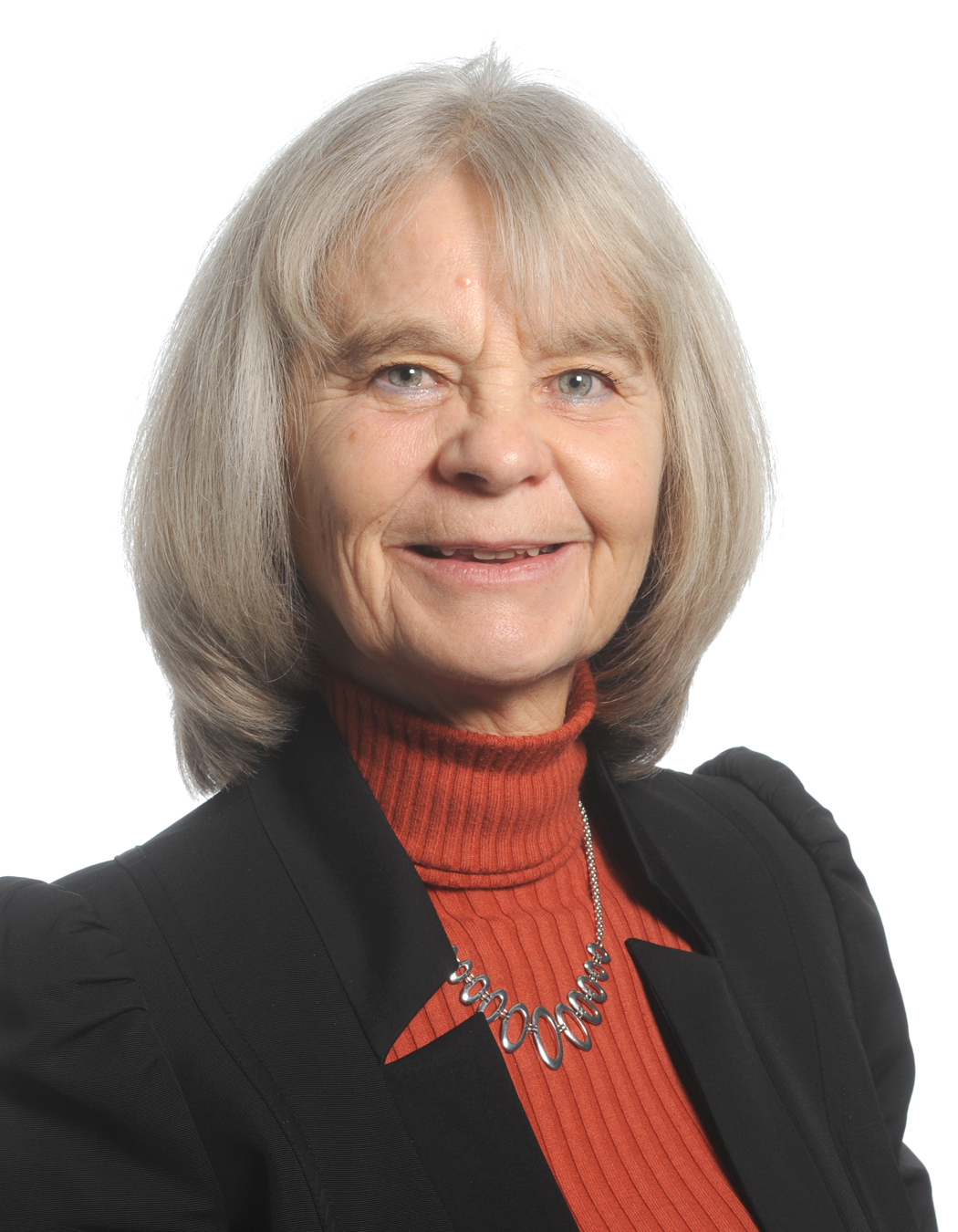 Professor Christine Bond (BPharm (Hons.), MEd, PhD, FRPharmS, FFPH FRCPE) is Professor of Primary Care (Pharmacy) and Head of Centre of Academic Primary Care, University of Aberdeen. Until recently she was a part time Consultant in Pharmaceutical Public Health (NHS Grampian). She has been awarded over 100 grants and has over 200 publications relating to a  large portfolio of pharmacy practice research in the contribution of pharmacy to the evidence based cost effective use of medicines (prescribed and ‘OTC’), drug misuse, the community pharmacist-general practitioner interface and the wider health care agenda. She is Editor of the International Journal of Pharmacy Practice, she served as an elected member of the Scottish Board of the Royal Pharmaceutical Society of Great Britain (RPSGB) for 10 years until summer 2009, she has served on several national Research Panels e.g. the Health Service Research Committee of the Scottish Office, the MRC College of Experts, the RPSGB Pharmacy Practice Research Trust Award panel, the Health Services and Pharmacy Practice Conference Panel. She is deputy chair of the Royal Pharmaceutical Society of Great Britain Expert Advisory Panel for Science. In 2010 she was awarded the Pharmas Lifetime Achievement Award. 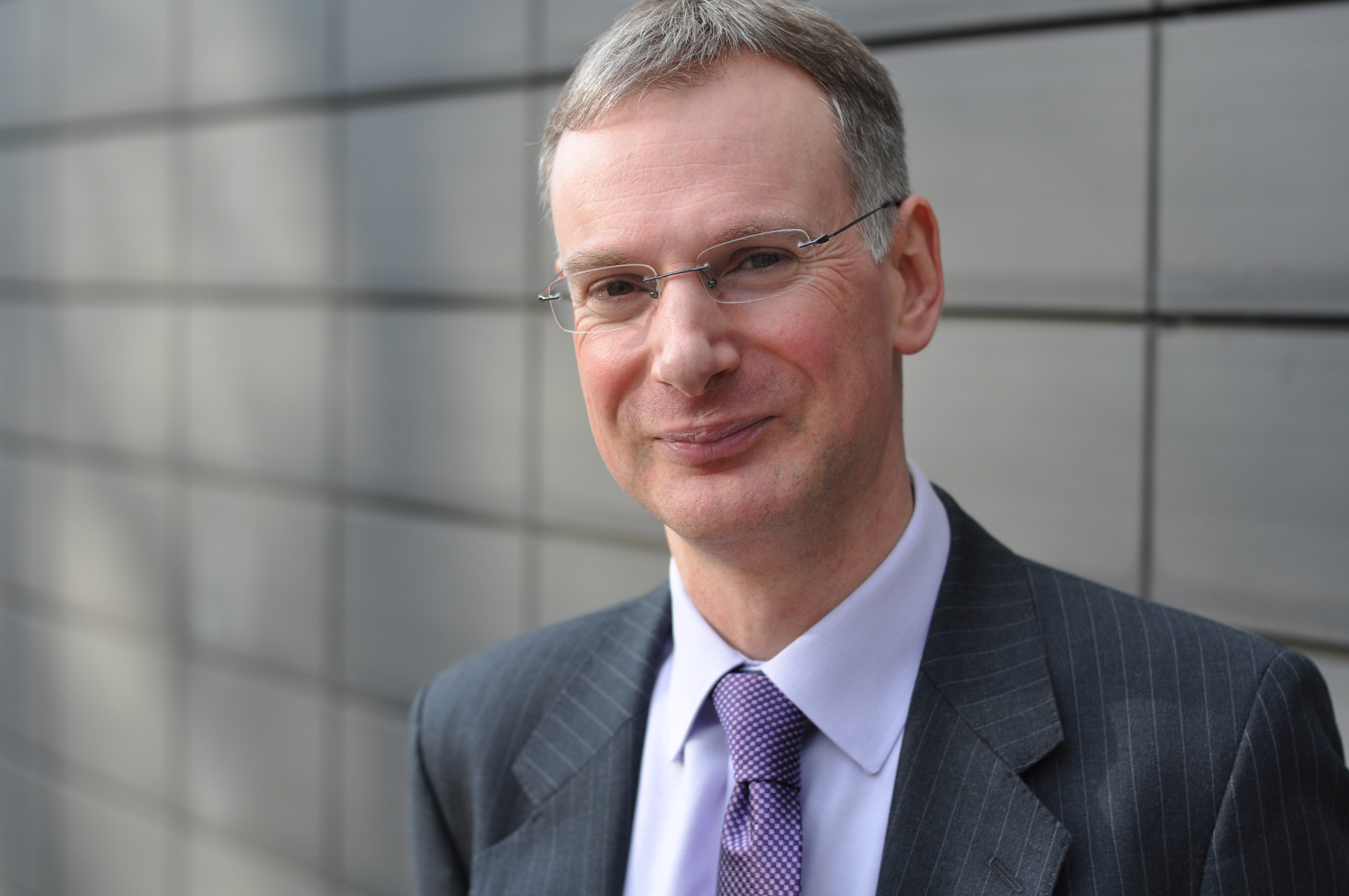 Professor Richard Holland trained in medicine at Cambridge and Oxford. After qualifying he worked in both paediatrics and then anaesthetics, before moving in to academic public health.  He has worked at UEA since 1999, first as a lecturer in public health, then gaining a fellowship with the Medical Research Council to investigate home based medication review by pharmacists in older people. His research interests are diverse, but principally involve clinical trials in pharmacy practice and substance misuse.

In addition to his research interests he has had the honour of leading Norwich Medical School’s MB BS course since 2008. He is a Public Health doctor and health services researcher with a strong interest in medical education.  He believes passionately in working to improve the UEA’s exciting and ambitious undergraduate medical course, to ensure that it continues to produce the very best and most able junior doctors. 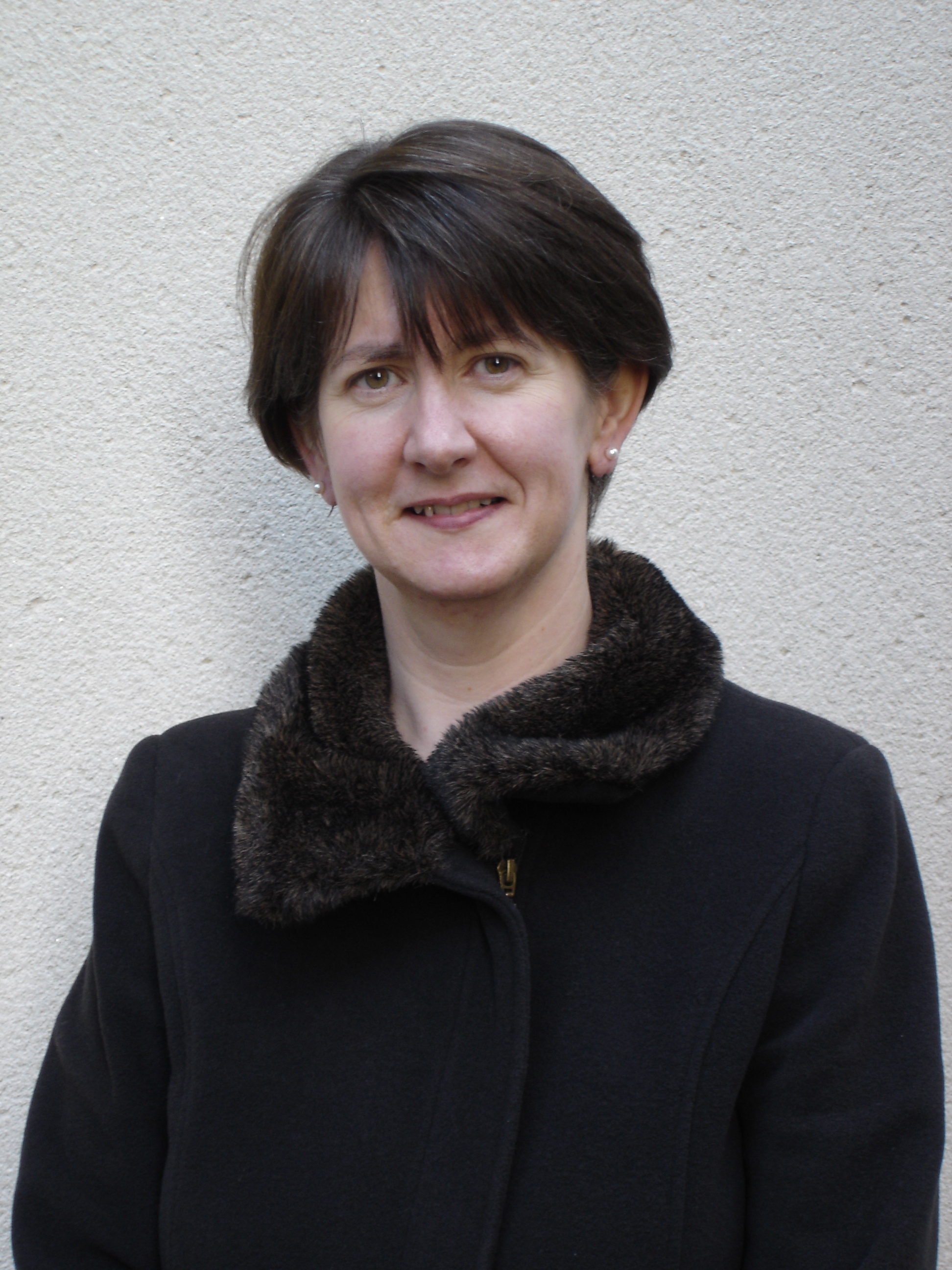 Carmel Hughes is Professor of Primary Care Pharmacy and Director of Research (Pharmaceutical Sciences and Practice Cluster) at the School of Pharmacy at Queen’s University Belfast.  She is also joint Clinical Lead for the Northern Ireland Clinical Research Network for Primary Care.  She was the first pharmacist to be awarded a Harkness Fellowship in Primary Care Pharmacy and is the only pharmacist to have received a National Primary Care Career Scientist Award.  She was awarded the British Pharmaceutical Conference Practice Research Medal in 2001.  Her research interests lie in rational prescribing, long-term for older people and evidence-based medicine. 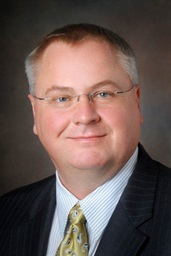